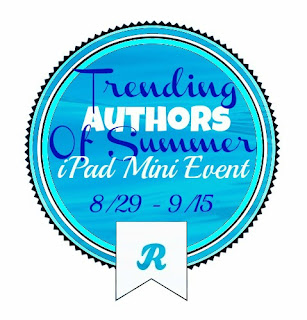 When it comes to summer reading indie authors offer a refreshing alternative to predictable plots from big name writers. Here’s a list of ten titles from trending indie authors, pick your favorite and vote on Facebook. 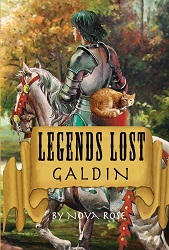 In a time of uncertainty, Nova Rose created a fantasy epic of high adventure spanning 1500 years with its unique mythology and characters–of which Galdin is the final book–where the lowliest of people overcome impossible odds to save the land they love.

This book had me hooked right from the beginning and kept me going through to the end. You find yourself quickly immersed in an intense new world and the characters are both compelling, identifiable, fresh, interesting, and mysterious enough to keep your attention. The plot is exciting and does a good job of creating an intricate believable world while keeping up the action. Very well crafted story. 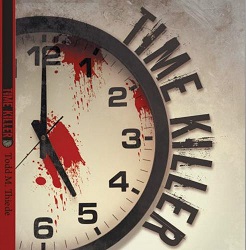 A top-ranked Amazon thriller sure to keep you on the edge of your seat.

More About The Book
A fast-paced thriller centered on a brutal, time-obsessed serial killer.
The expression “killing time” rarely means murder, but here, the victims of a serial killer must pay for time they’ve wasted, often with both their money and their lives. In a brutal scene from the opening chapter, an entire family is murdered after a stranger invades the family’s home and accuses the patriarch of wasting his time. Veteran cop Max Larkin is on the case. Unfortunately, he’s also been assigned a new partner; though she’s green in the field–she has “very sad eyes” and prays upon arriving at the first crime scene–she gives the hardened old detective a new perspective he never knew he needed. But as the serial killer claims more victims, a pattern emerges that neither Max nor his new partner can ignore. With brisk pacing, Thiede’s debut brims with action, violence and, occasionally, emotion. Though the book takes a while to find its heart, procedural fans will feel right at home. Larkin feels like a guy worth rooting for, despite filling the shoes of the beaten-down, grizzled, old loner cop trope a little too well. His interactions with his new partner, plus the twists and revelations regarding his past, give him enough of a pass to get readers invested in the story and looking forward to his next outing. Larkin’s story doesn’t break any boundaries, but it’ll keep crime and thriller fans wrapped up in its twisting plot, fast pace and memorable detective. Plenty of shock value and a charismatic, if formulaic, male lead. – Kirkus Reviews

Read more about the book on Amazon and Barnes & Noble

Edge of a Dream by Lee Fishman 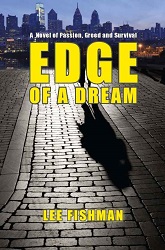 Lee Fishman has written an action-packed thriller that’s a story for our times, a story of America the hard way!

More About The Book

What’s it like to be on your own in a new country? While Rija, a young wife and mother, confronts the challenges of her new life in America with gritty determination, her husband, the charming Josef, takes off. Falling into a life of crime, he hooks up with the Russian mafia and turns up with piles of cash and trouble at just the wrong time. The action starts early and keeps building. This is a great beach read! 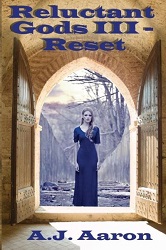 If you don’t like just plain old vanilla and want something different, read, Reluctant Gods III – Reset from the series that transcends fiction fantasy by crossing genres into romance, humor, science fiction, and mystery and is sure to entertain while you enjoy the best of summer.

Reviewer Comments
I loved Reluctant Gods III-Reset! As a science fiction fan, I couldn’t have asked for more. It covers so much of what I enjoy reading about, with a story that keeps you interested through the end. My husband didn’t want to read it by the description at first, but I urged him to just try it. It’s now one of his favorites! He’s even gone back and read the first two in the series, although you can keep up even if you haven’t. I did read them first and am glad I did. Personally, I like to know the in’s and out’s of the stories that I read, so I just had to read the others first. – 5 Star Amazon Review 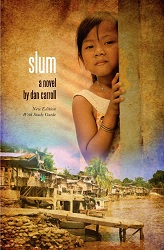 Slum is a page-turner that’s been called an intoxicating love story and a tale of hope for a dying child, played out by a wealthy New Yorker and a poor ex-stripper from a Caribbean slum.

From Clarion Reviews: “Enticingly entertaining… Julianna and Robert are well-drawn, credible characters… descriptions of the slum are evocative, realistic, and insightful… safe to assume that the realism in the novel emanates from Dan Carroll’s firsthand knowledge and experiences in the slums.”

The Mormon Candidate – A Novel 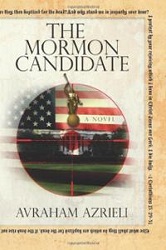 “Powerful novel … extraordinary magic in making his readers as eager as his protagonist in uncovering the truth and thus effectively creating pervasive fear and suspense … sure to keep you up late against your better judgment – don’t say I didn’t warn you.” Norm Goldman, Bookpleasures/The Examiner

More About the Book
“Author Avraham Azrieli wades into controversial waters with his fifth novel, “The Mormon Candidate.” His main character, Ben Teller, is a photojournalist who, with his motorcycle has joined the Marine Corps Veterans’ Annual Ride in Washington, D.C. when a terrible accident results in the death of one of the bikers. Suspicious by nature, he senses that Hinckley’s death was not an accident. His investigation leads directly into the political nest of the man running for president of the United States, Joe Morgan, a successful businessman and active LDS member. Throughout the novel, details are revealed about the daily practices and social beliefs of members of the Mormon Church. A well-written page-turner, this is an entertaining novel.” Kel Kanady,Mercury News

You can also find Avraham Azrieli on Good Reads and Library Thing.
Special Price CutE-book is now $2.99. Paperback is $13.49.

The Big Empty by Ritch Gaiti 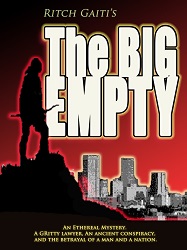 For the first mystery from Ritch Gaiti he has attained some excellent reviews on a socially significant mystery that is far more than a casual read. (Amazon 4.7 –23 reviews) 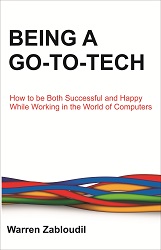 The book provides much needed insight into how to manage a long and successful career in the Information Technology field from an author who has spent twenty-four years working as an IT tech in many environments.

Being a go to Tech by Warren C. Zabloudil is a great how-to and self improvement that should be read by not only anyone going into the IT (information technology) field but any service-based career. Mr. Zabloudil uses a common sense approach pointing out the ins and outs that will make you the individual (or team leader) that everyone looks to when their computer systems are down. The book brings up several good points that we may have heard before but not in as clear and precise as Mr. Zabloudil puts it in this book. He points out how different types of attitudes can affect performance and steps that should be taken to change your outlook when going into a job or dealing with management. You will be shown the importance of listening, documenting, understanding, communication and time management. – J. Wallace 5 Star Amazon Review 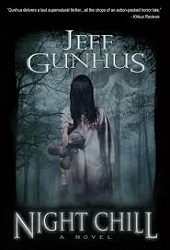 In his debut novel for adults, bestselling MG/YA author Jeff Gunhus (known for his Jack Templar Monster Hunter books) has won outstanding reviews for his supernatural thriller which has drawn comparisons to Stephen King and Dean Koontz. Come see why this novel is consistently on the Amazon horror bestseller lists.

More About The Book

Gunhus deliver a taut supernatural thriller…the powerful Nate Huckley terrifies, and the assorted cast of human antagonists add to the white-knuckle tension. All the chops of an action-packed horror tale. – Kirkus Reviews

Special Price Cut
The book is now on sale for 99 cents.

Up, Up and Away by Richard Corbett 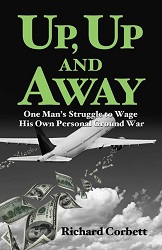 When Richard Corbett bought a modest flight school at the Modesto, California airport in 2007, he thought his dreams had come true. This from a man who’d made a career out of fulfilling his life’s admittedly lofty ambitions.
More About The Book
Up, Up, and Away is an interesting story about a man who wanted to participate in free enterprise, and worked hard to make his business dreams a reality, but what he got instead was simply un-American. Running up against blatant corruption holding hands with Modesto government (no surprises there), Richard Corbett did all that he could to play by the rules. Unfortunately for him, the rules only apply to those who don’t already have city officials in their pockets.
Special Price Cut
$9.99

Now that you’ve ready about these wonderful authors, make sure to place your vote today for a chance to win an iPad Mini from Reader Spoils!

Ready For Your Chance To Win?
We are excited to offer you a chance to win this amazing prize thanks to Reader Spoils! 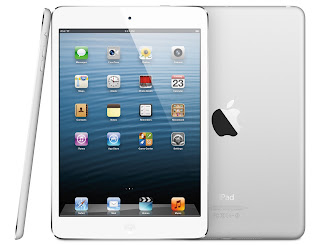 Enter To Win An iPad Mini

One winner will be chosen at random from all valid entries to receive a 16GB white iPad Mini valued at $339.99! To enter, complete the tasks on the Rafflecopter form below. Don’t forget to vote for your favorite book AND come back for daily entries! Good Luck!

Open to U.S. Readers Only.
Ends on Sunday, September 15th at 11:59pm
The PennyWiseMama is not responsible for prize fulfillment. 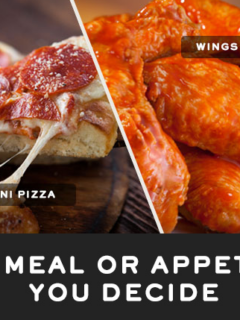 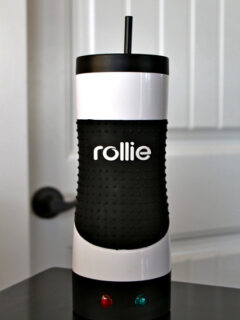 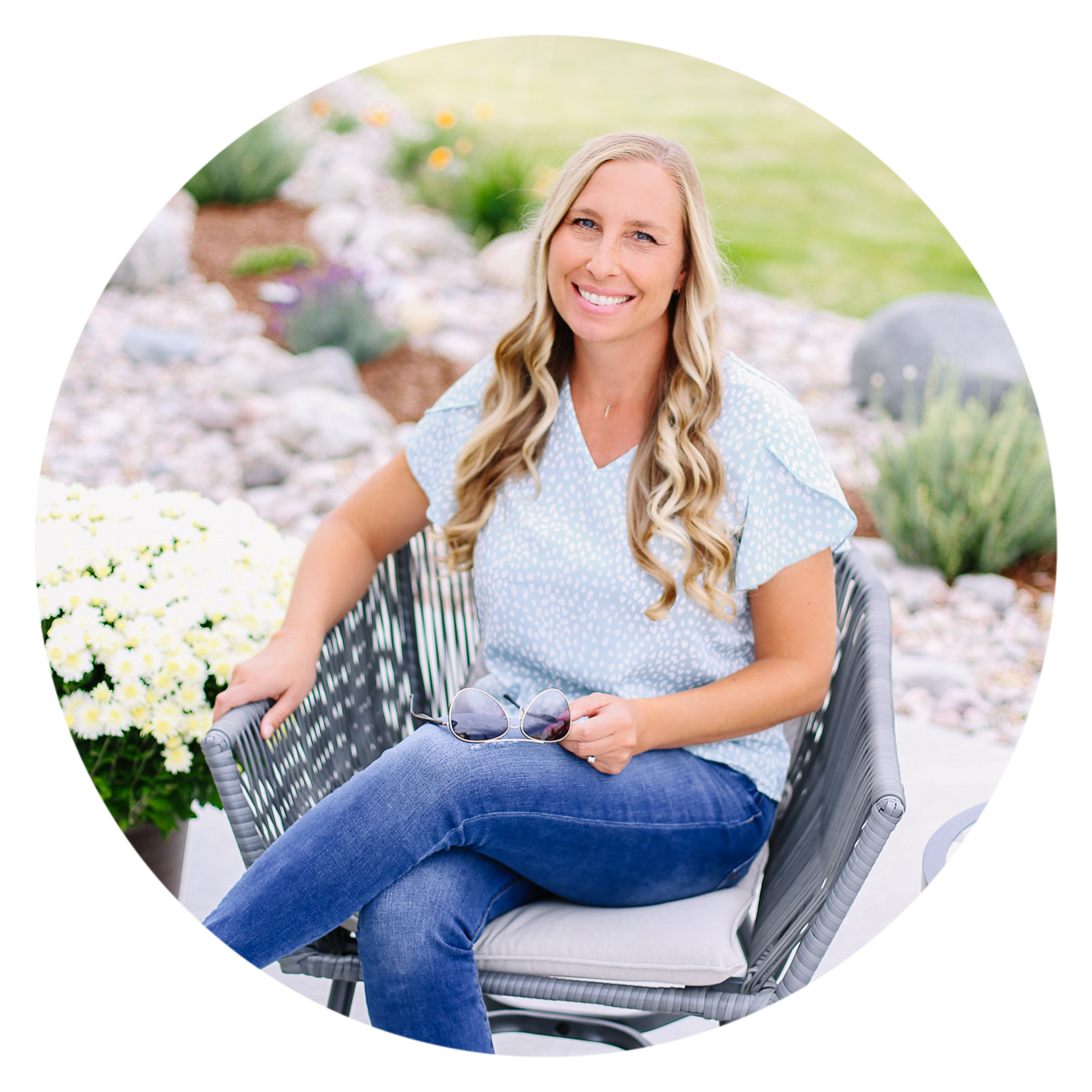